Disclaimers first. I am an argentinophile (assuming the word exists). From my first years singing Piero’s “Sinfonía Inconclusa en la mar”, then moving on to read Mafalda, discovering Les Luthiers in my father’s car; the the fatidic adolescent years made sense thanks to Charly Garcia’s multiple earlier bands and Fito Paez beat. I was singing tunes against the argentine military dictatorship probably decades after it was over. And then there was Borges whom I probably took way too seriously (although I have yet to find a book I love more than Ficciones) and Sabato and Cortazar and Bioy Casares.

So, with that out of the way, let’s talk about Buenos Aires. I arrived there on January 2nd 2016 with great expectations. Their political troubles had taken its toll, I was told by friends. You could no longer walk randomly after midnight without a care. Artists I love had left their lofty pedestal to become involved in politics. Nevertheless, it is Buenos Aires, we are talking about. You would think a whole century of bad turns would be needed to destroy the city of so many luminaries.

The city that presented itself from the docks was not out of the ordinary. We took a cab (after a charmingly chaotic, fully latin-american, midly infurating line) to the hotel in Plaza San Martin. And it was there that things started to look diferently. Old, european-looking buildings were intermingled with modern ones. Open spaces everywhere. How nice. 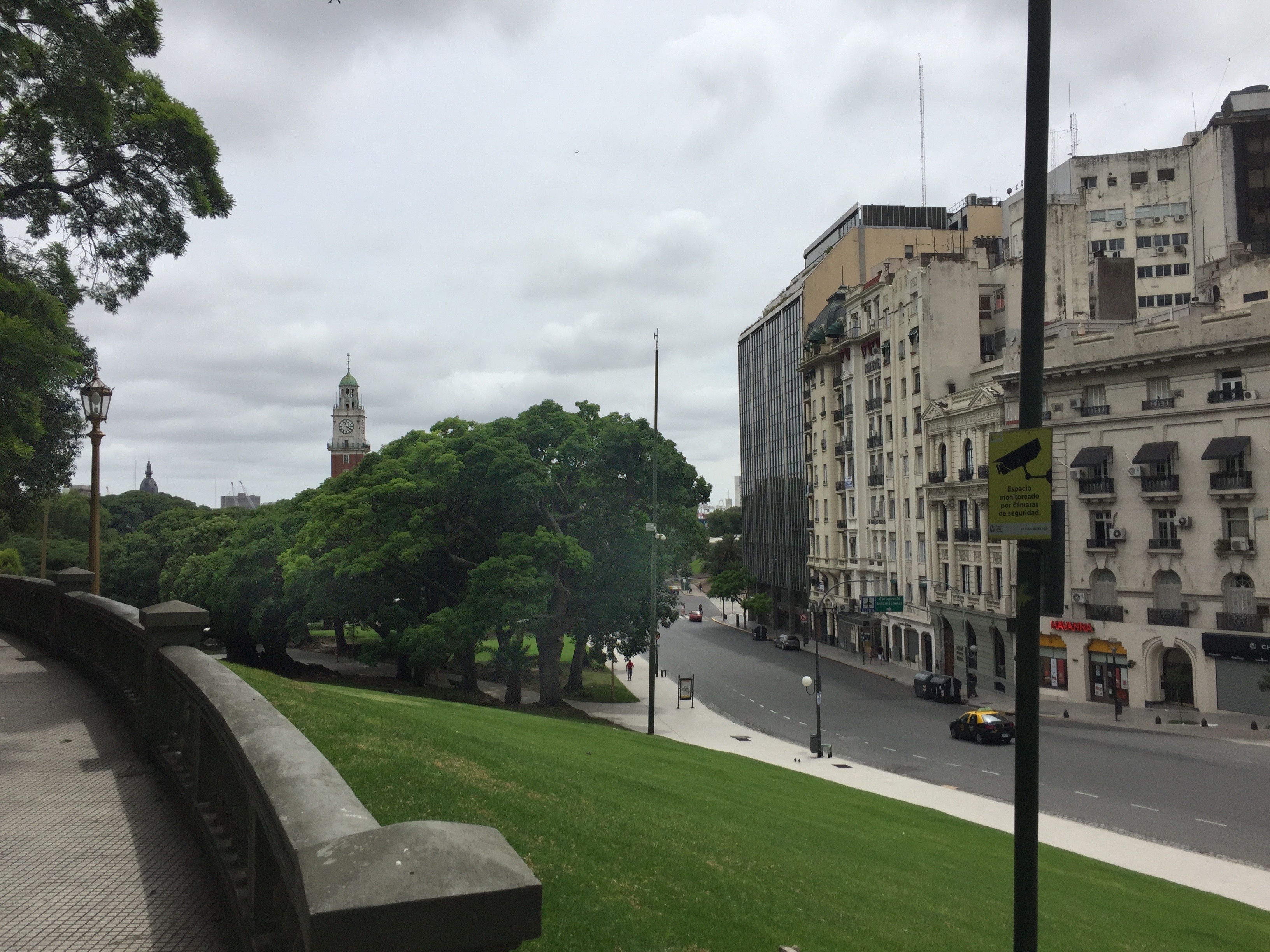 I walked down Calle Florida (which “had lost its luster” according to a friend) and I loved the busy street, with people offering dollars everywhere I went (Macri had just lifted the controls on exchanging foreign currencies).

Further down was a mall, Gallerias Pacifico, which had frescoes on the ceiling. Just like the sixtine chapel. Quite ambitious. Although I suppose now that there is an argentine pope all sins of gradiosity are forgiven. And bookstores. There were bookstores everywhere. What I great change from Los Angeles where you must now travel to the big mall to find a Barnes and Noble. 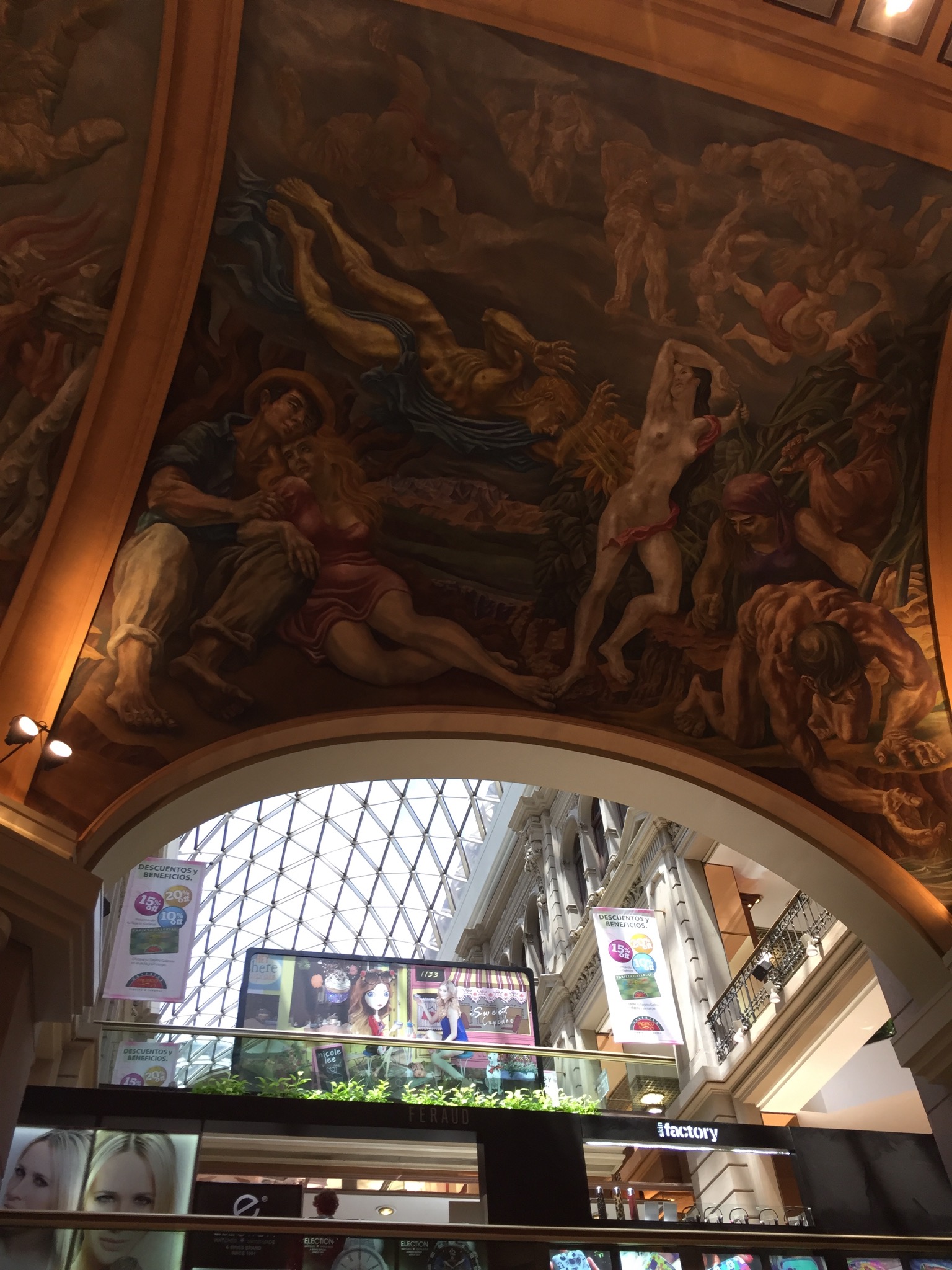 Everywhere I looked there seemed to be open spaces. We went to “Palermo Hollywood” at night, full of stylish looking people, drinking, eating and having what I thought must be great and deep conversation just based on the intensity of their accents. We (in Colombia at least) make fun of argentines because they do not see themselves as fellow latin-americans, but rather some sort of lofty pseudo-europeans. Someone comented to me how they might be right. And how much we scorn them for that.

At the Teatro Colon I discovered that each column had an Opera composer at the top of seven columns before the public entrance. The one in the middle was Mozart. Listening to the guide talk about each of the works that had been staged at Teatro Colon by these great composers, you would think each one of them was a prodigal Argentine. I can only admire how they adopted these great European composers as theirs without a sign of compunction. The lesson seemed to be that Mozart could have as austrian as he was argentinian.

Then, one of the highlights of the city, at least for geeky me. Since finding Shakespeare and Co. was one of the 10 best libraries on the planet in most lists, I discovered that there was another common guest in those lists: El Ateneo Grand Splendid. So I rushed there, with great expectations. Unfortunately “El Ateneo” seemed like a waste of a great space. I was dissapointed by the quality (or should I say low quantity) of the selection. And let’s not even get started on how hot/warm the space was. The library seemed to have a good first floor, but then it wasted the balconies above in reference collections and DVDs. It’s a grandiose bookstore, for sure, maybe I was just expecting too much. 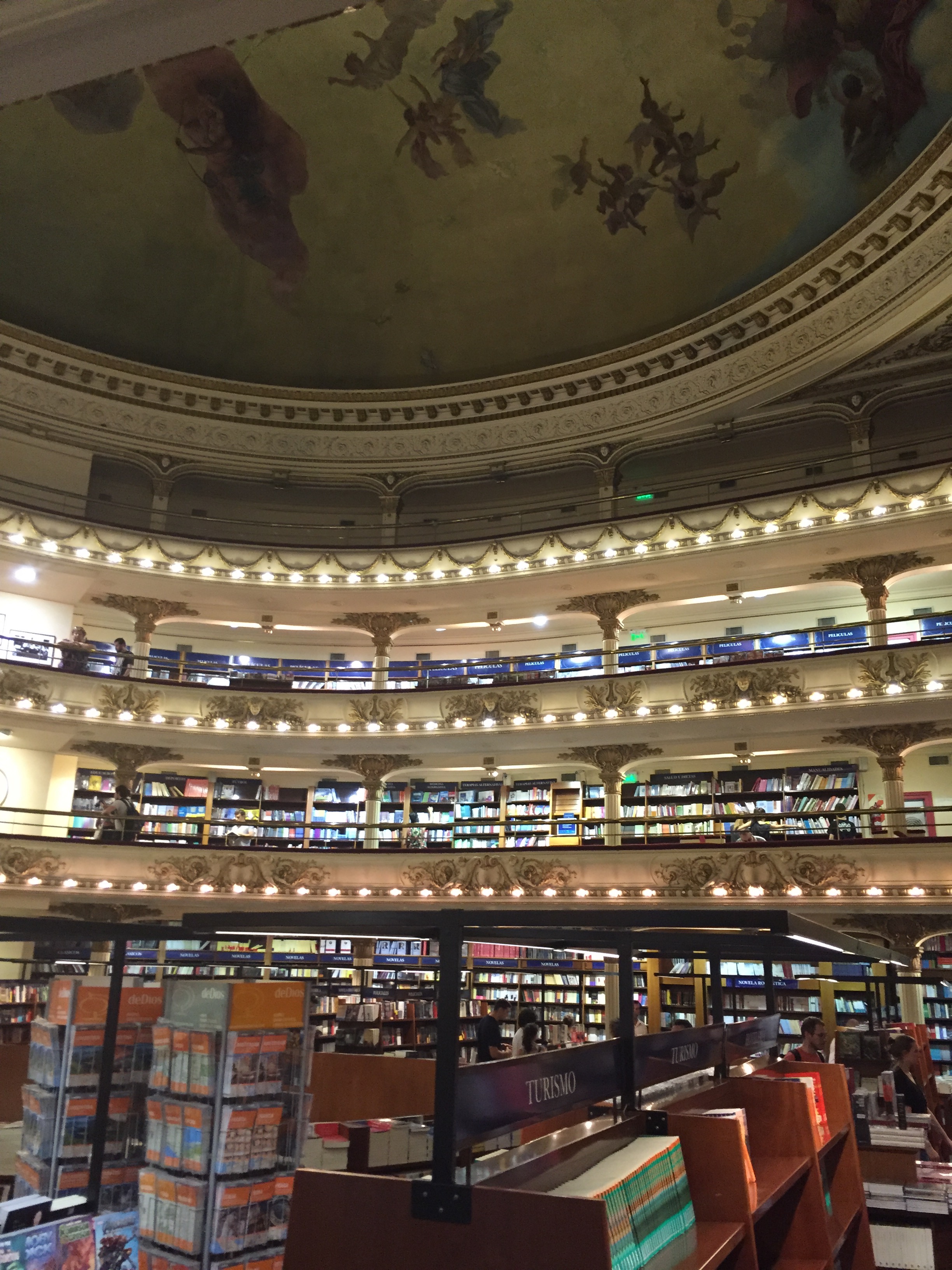 I visited La Bombonera where the cult to Maradona is still in full swing, as well as to his disciple Carlitos Tevez that had just returned to finish his career in Boca from a lofty position in La Juve. And I was expecting the tourist trap while walking La Boca. But I have to admit it, it had its charm. I could imagine Sabato’s characters that would recite the lineup of Boca in years past like it was a sonnet. The “cafes” where they spent all afternoon debating the merits of a certain goalie. I walked along the tracks of the train and a couple of women told us to go back because it could be dangerous beyond that point. Maybe that is part of the charm of La Boca? 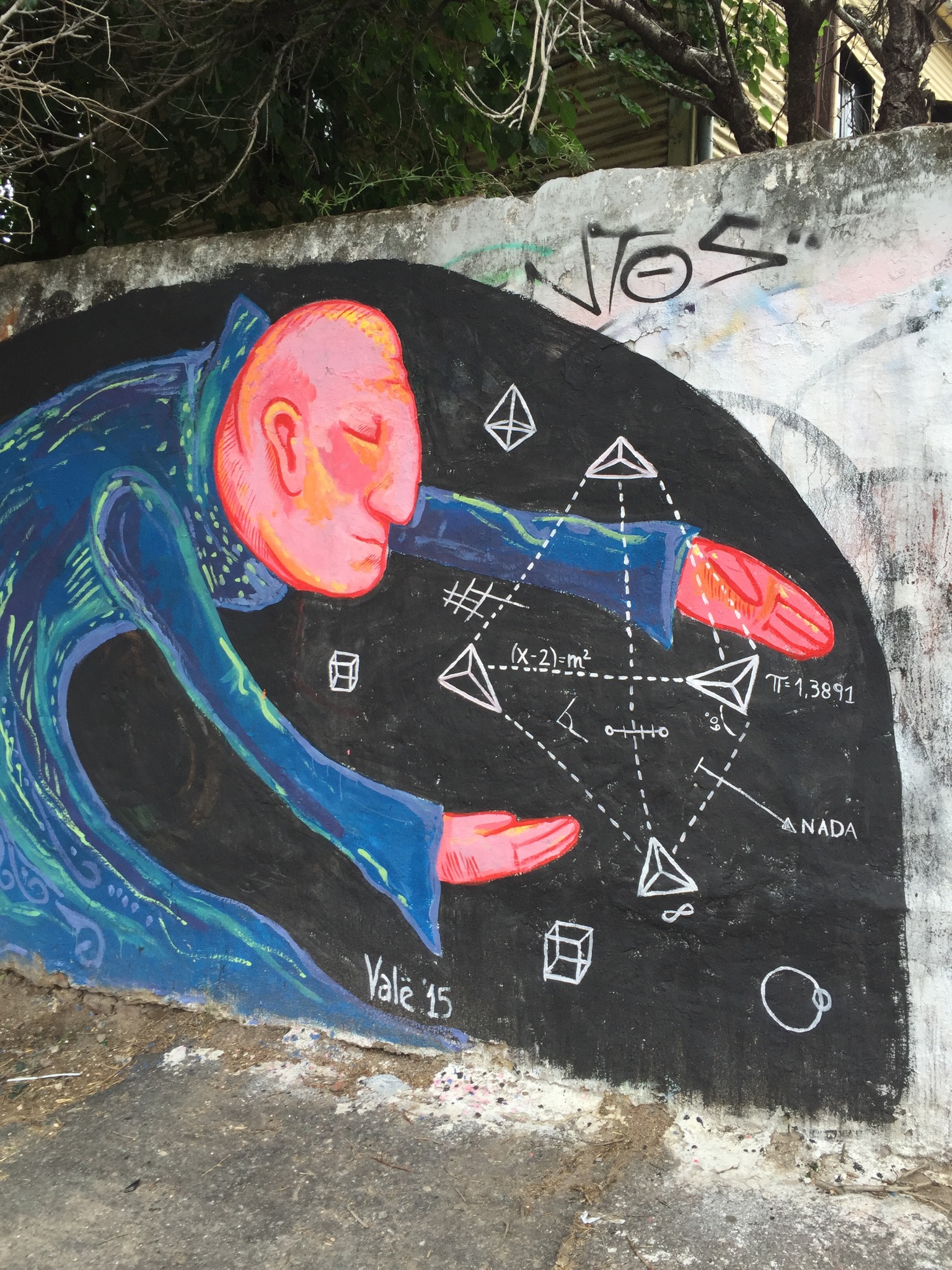 Walking around I found the mural of the photo above. I thought it delightful and strange that people that paint graffitis in Buenos Aires select a theme like this one. I might be reading too much into it, but I see: three of the five platonic solids, some kind of plane mapping, the trisection of the angle, an orbiting body and a deliberate attempt to misrepresent the value of $\pi$.

This could be indeed the enlightened city I was expecting.